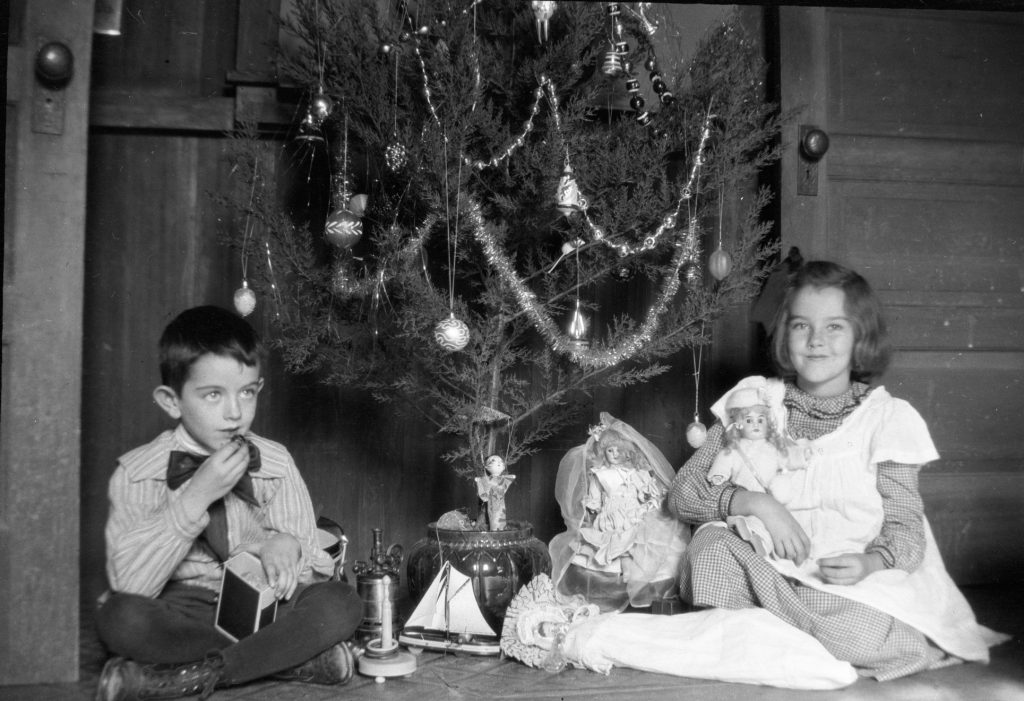 How did families celebrate Christmas in the early 20th century, and why does it matter to us more than a century later? Many of us have similar images tucked away in scrapbooks and photo albums, drawers, and old shoeboxes, just waiting for someone to take a nostalgic look back at Christmases Past.

But what if these are images of strangers?

Here, at Pasadena Museum of History, we cherish these photos. Why?  Because they shed light on our community in earlier times.  Celebrations – both public and private – play a large part in our history.  Too often the subject termed “history” is viewed in a narrow sense as mega events, political movements, and a pantheon of high-profile rulers.  Merriam-Webster’s primary definition is broad: “a chronological record of significant events, often including an explanation of their causes.”  On a very personal level, the way we celebrate speaks volumes about our beliefs, values, culture, interests, and more.  “Significant events” occur at all levels, from the most intimate to the wholly public.  The Museum’s treasure trove of one-million-plus photos chronicles a large part of these local stories, illustrating how we once were and foreshadowing the region as we know it today.

What do we look for in these images, what stories do they tell?  And why is this important? Personal photographs document the way people lived and the things that they held important.  In this blog, we spotlight photographs of the Benshoff family from the early 1900s which are now part of the Museum’s collection.  The photos were likely taken by Will Alton Benshoff (1869-1959), a Pasadena architect whose projects included the Lincoln Avenue Methodist Church (now relocated to Heritage Square), the First Methodist Episcopal Church, Polytechnical Elementary (a forerunner of Caltech) and hundreds of Victorian-style private homes in Pasadena and neighboring cities. The Benshoff Family Collections includes approximately 1,000 architectural drawings and blueprints; personal papers; and more than 500 negatives and photographs from the turn of the century. 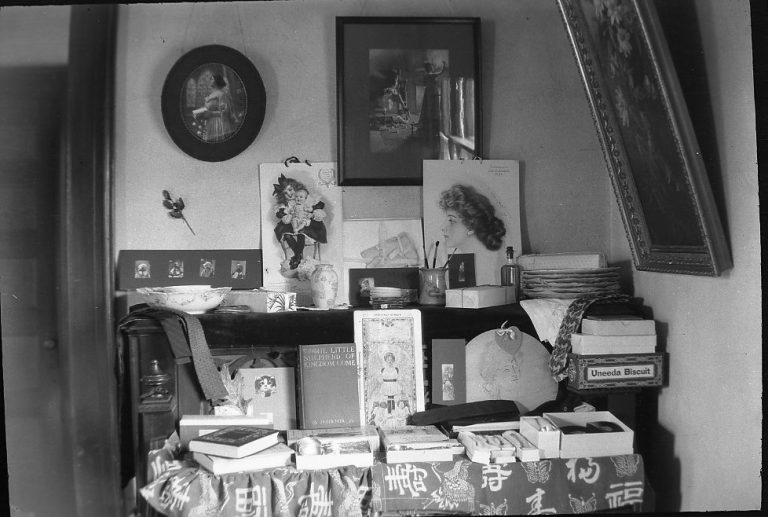 The images selected for this blog offer us glimpses of the interior decoration (note the Craftsman-influenced pillow designs and Asian textiles) of the house as well as holiday decorating traditions.  Hazel Benshoff’s oral history from September 1983, which is also on file at PMH, mentions her family’s interest in collecting books—the photographs showing the display of books given as Christmas presents is visual evidence of that. 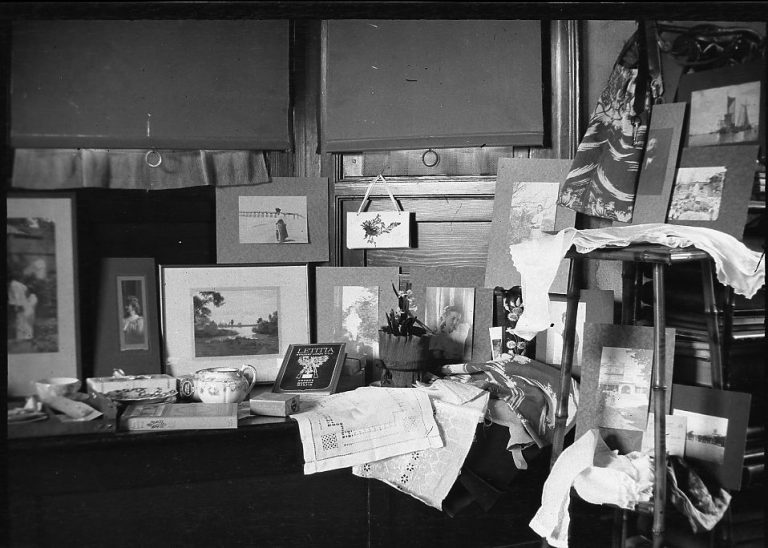 In addition to our main photo collection, which has images of nearly every conceivable subject related to Pasadena, we also have specialty collections. Frozen Frames, the Museum’s premier virtual exhibition which launched on our website in November 2021 and will remain on view through Spring 2023, features images from three of these special collections - the J. Allen Hawkins Collection, the Pasadena City Schools Negative Collection, and the Flag Studios Collection – in addition to personal photos taken in the early years of the 20th century by Museum benefactor Eva Scott Fenyes. We invite you to visit the Frozen Frames galleries at your convenience to enjoy a “blast from the past”!

Do you have a personal research project to pursue? The PMH Research Library & Archives are free and open to the public Fridays, Saturdays, and Sundays from 1:00-4:00 pm. Please note that we will be closed from December 23, 2022 through January 5, 2023.  For inquiries, please email research@pasadenahistory.org.